UPDATES is a monthly email newsletter on stormwater management, assessment (including monitoring), and maintenance research at St. Anthony Falls Laboratory and the University of Minnesota.

Or Text SWUPDATES to 22828 to Join. Message and data rates may apply.

For Email Marketing you can trust

The modified elutriation device developed at St. Anthony Falls Laboratory (shown in Figure 1) consists of three columns with diameters of 2.47-in. (63 mm), 3.9-in. (99 mm), and 6.0-in. (152 mm). Experiments have shown the modified device can predictably separate silica particles down to 17 micrometers and up to 140 micrometers. This range includes the most important particles when considering the performance of a traditional settling pond or a proprietary underground device. Using different materials and methods, an elutriation device to improve design of management practices by measuring particle size distribution in the field and laboratory is feasible. The application of the elutriation device will provide practitioners with a new tool to better design stormwater management practices. 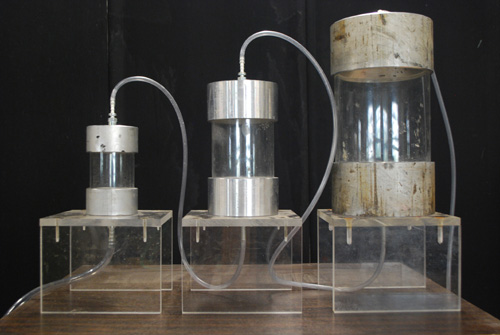 Figure 1. Elutriation device for measuring the particle settling velocity of sediment in stormwater. Water flows from left to right, into the bottom and out of the top of each column sequentially.